Which Pets are Banned in India? 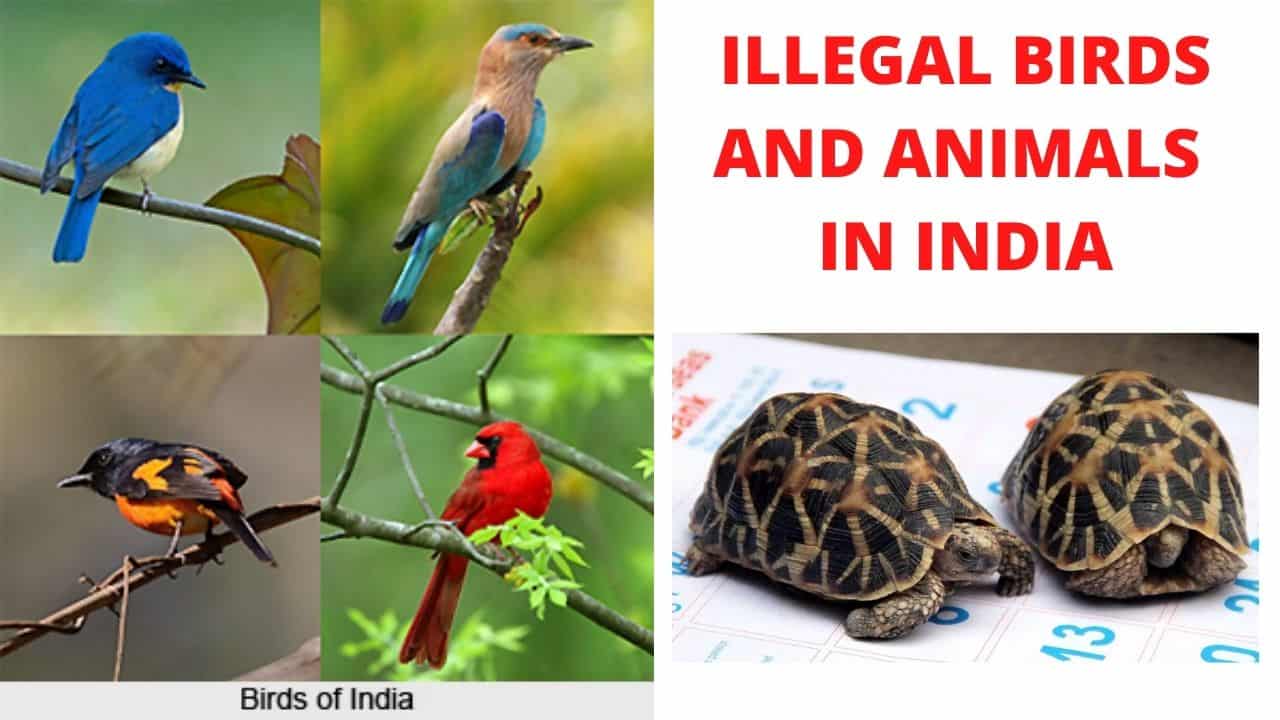 There are a lot of animals that are listed as “banned pets” in India. While you may think owning a bird or a tarantula is harmless, keeping them as pets is illegal, and can land you in jail.

Hence, you must be aware of the legal consequences before having a pet.

This article will only give you information about illegal pets in India. By no means this should be treated as legal advice. You should seek professional advice from police and legal personnel before getting a pet to avoid any kind of trouble.

Why it is illegal to own some animals as pets in India?

The Indian government has banned the ownership of some animals with the exception of dogs, cats, rabbits, fish, and horses for citizens.

Owning a certain animal as a pet in India can be illegal for three reasons:

Birds like Rose Ringed Parakeet, Alexandrine Parakeet, Red Munia, and Jungle Maina are protected under the Wildlife Protection Act. Even the African grey parrot, Blue-throated Macaw, and Yellow-crested Cockatoo are protected from international commercial trade under the Convention on International Trade in Endangered Species of Wild Fauna and Flora.

Related:  How to Take Care of Dogs in Winter?

Some birds are allowed in India too. Read this list of allowed birds in India.

Most species of tortoise and turtles are not legal to own in India. Since most people can’t differentiate between kinds of tortoise, it’s easy to get misled into buying or owning an endangered species. The Indian Star Tortoise and the Red Ear Slider are among a few types that are illegal to own.

Having an aquarium filled with beautiful marine fish is great, but it is not practical to keep these sea animals in cramped, small water bowls. These fishes don’t survive for long without saltwater. Cetaceans (dolphins or porpoises), penguins, otters, and manatees are banned according to the Wildlife Protection Act, of 1972. It is also prohibited to keep or sell a few species of endangered fish. Instead, you can safely keep freshwater fish in the aquarium.

Snakes and other reptiles

India might be known for snake charmers but it is illegal to own any native wildlife snake species here. Indian gharial and monitor lizards are also banned as pets.

Related:  23 Best Rabbit Breeds in India with Price and Lifespan

Monkeys are revered in Hinduism and devout Hindus often feed them. Monkeys, like other wild animals, can’t be kept and trained for entertainment purposes in India under Section 22 (ii), PCA Act 1960.

We seek the companion of a pet for peace and relaxation. Hence, always check legalities before getting a pet. This post is not legal advice. Always consult law enforcement before keeping a pet. Tamal Dey
CEO at Petfather
I am dealing with Pets and Aquarium fish for the last 10 years. Now it is time to share my knowledge with you. I am very passionate about sharing everything that I learned so far about pet care. Watch my Youtube channel Petfather

10 thoughts on “Which Pets are Banned in India?”